Forgiveness — The Key To Healing

I have to admit that if someone would have told me that the key to healing was forgiveness when I had just been diagnosed with Lyme disease more than a decade ago, I probably would have bounced a bottle of doxycycline off of their head.

I t was the early days of Lyme for me and I was very focused on my physical symptoms. These symptoms were unlike anything I’d ever experienced in my otherwise very healthy life prior to the diagnosis. So as soon as I received confirmation after going at least 2 years without a definitive answer, I was ready to disinfect and get the damned bugs out of me.

I was very focused on the illness and treatment. Every day I noticed each ache, pain or new symptom which would either enrage or discourage me, but my focus never wavered. I became obsessed with conventional antibiotic treatments and spent years reading about every new remedy and protocol that popped up. I followed them all and they all led me to the same relative destination of “not quite well” or “just getting by” or “barely glued together.”

It wasn’t until I started thinking outside the box that things began to take a dramatic turn. After eight years of antibiotic treatment that included 2 PICC lines, intramuscular bicillin injections and literally every oral antibiotic that is known to affect Lyme bacteria and co-infections, I came to a point where my immune system practically shut down. I got a dangerous case of walking pneumonia that lasted more than 3 months and my doctors were afraid for me… but their only answer was to prescribe more antibiotics. I did the counter-intuitive thing and went off of them all and soon recovered from the pneumonia and began feeling better. I went on herbal meds that gave me tremendous detox symptoms and herxheimer reactions, but I began feeling signs of improvement.

Yet after a few years, I plateaued on the herbals and was looking for something else to achieve better health. I went completely outside the box in 2011 and took a healing journey to Brazil to visit a healer named John of God. What transpired there is an entire topic for another blog post, but suffice it to say that after spending two weeks there, I experienced what some people would call a “miracle healing.” The tangible proof was that every Lyme symptom disappeared and my physical appearance changed (I looked at least 10 years younger), and John of God never laid a hand on me. Instead, I sat in a meditation room with dozens of people, John of God uttered a few blessings, but the overall energy and positive “spirits” in the room brought about healing changes in all of us that could be physically tracked. 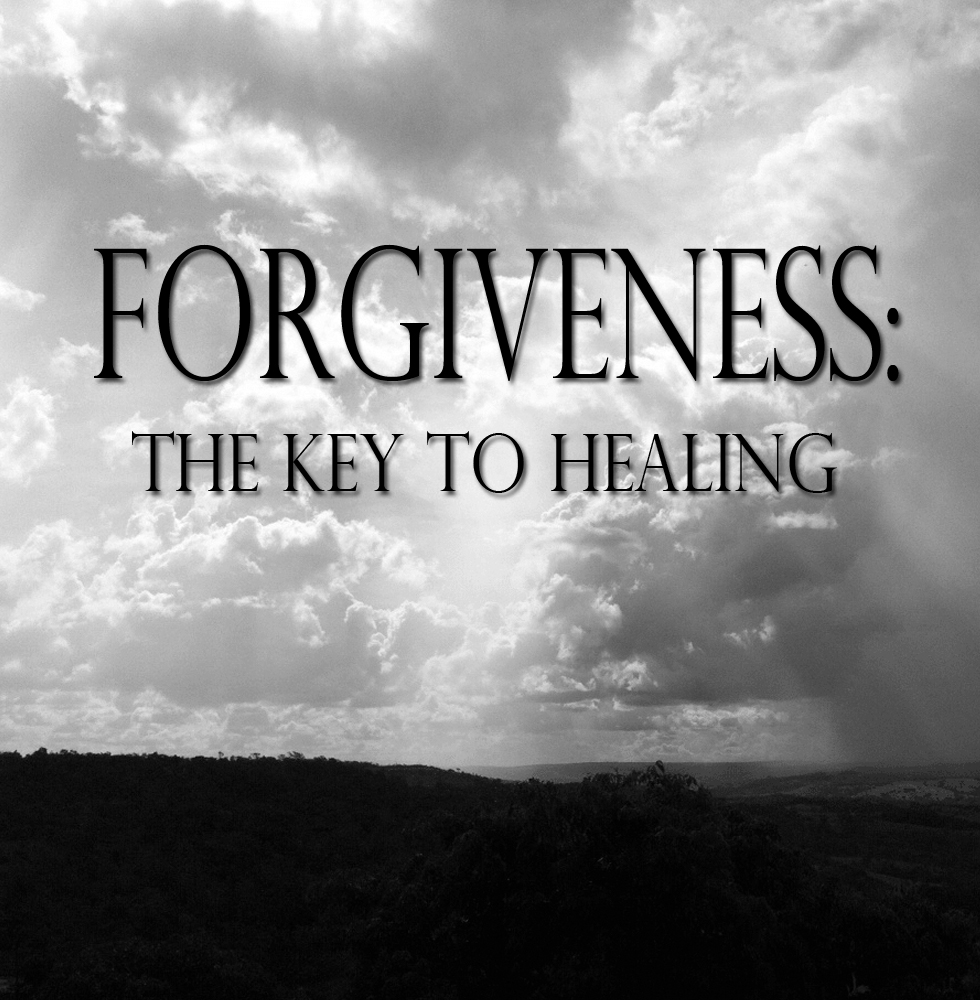 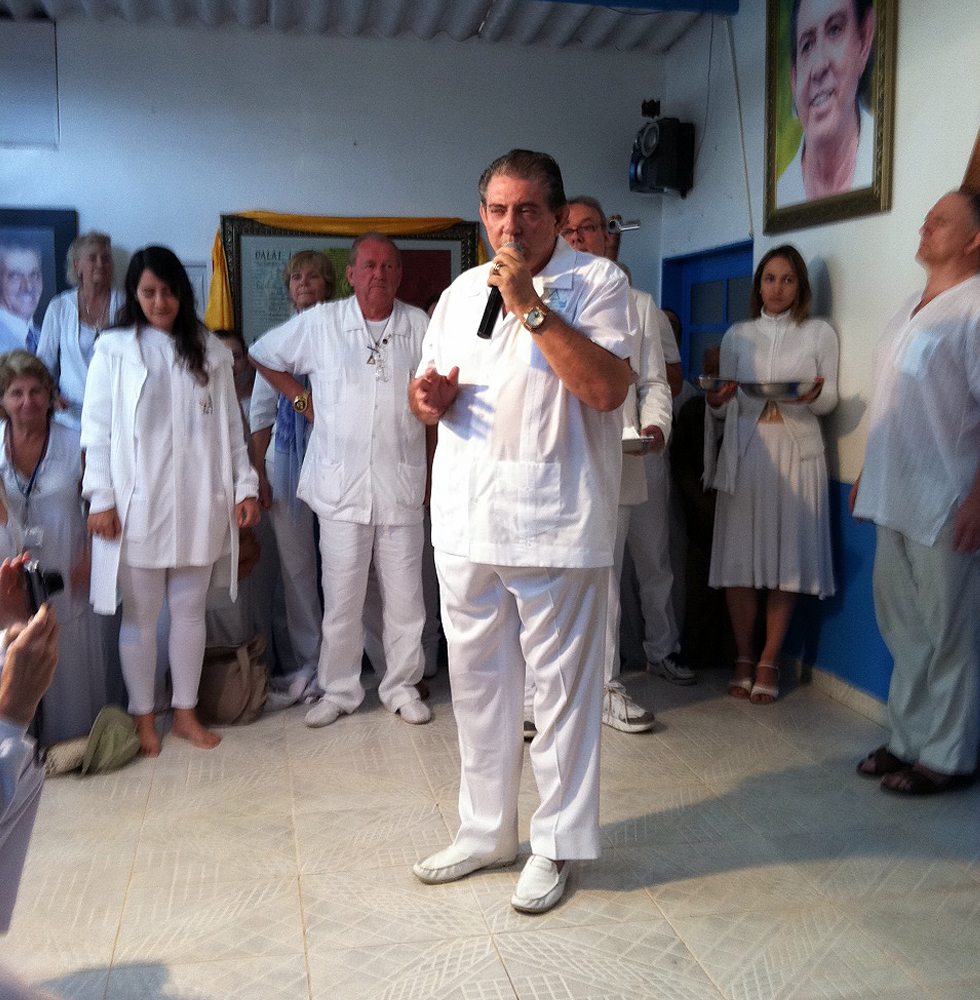 M any people who were in my tour group were women in their 60s who had stage 4 cancer and had nowhere else to turn. Their doctors had actually given up on them and advised them to get their effects in order to prepare for their imminent departure. Most of these women were so surprisingly hopeful and happy that it was inspiring just to be around them. When they each had their miracle healings, they were quiet and grateful, which was also heartwarming to see.

The one thing I noticed in all of these people who had what I’ll call “complete” healings is they had no baggage, no expectations, plenty of hope and were actively exercising forgiveness. Many of them had private stories of some sort of traumatic abuse. The difference between the people who had forgiven their oppressors and the ones who hadn’t was that the forgivers were all experiencing complete healing.

One afternoon, the leaders of our tour group asked a young woman from Brazil to speak to us after lunch. We all listened to her harrowing story of cancer treatments, agonizing reactions to chemo, several brushes with death, etc. She told us that when she came to see John of God, she had had a very troubling dream where she remembered that her father had sexually molested her when she was very young. She had suppressed this memory, but it had come to the surface there at John of God’s healing center, and it was a lot for her to deal with… on top of her cancer struggles.

What she wanted to convey to our group was that she noticed how awful and disempowered she felt when she remembered her father's actions. Something inside her impelled her to forgive this man, and when she did, she experienced dramatic physical healing changes within hours. When she truly forgave her father from her heart and in an emotional way, miracles started to happen. She made a point to say that this was not a mental situation. Forgiveness had truly come from her heart, and when it did, it unlocked years of suppressed rage, hatred, etc. and it all went away. When all of that negative energy left, her body was free to heal.

I never forgot that speech, and I applied it to my own situation. Thankfully, I had never experienced what this Brazilian woman had, but I had had enough life experiences that involved trapped rage that I began examining what I could do to release that unhealthy energy. Certain scenes from my life would pop into my head at odd times and I would remember a situation where someone had “done me wrong” and my instinct was to think about what I could have said to better defend myself. Or worse, I would fantasize about punching that person’s lights out. At first that felt good to think about, and then after really thinking about it, it made me feel hollow inside. It also made me think about what a terrible place my oppressors were in at the time to do something so awful to me. I started feeling sorry for them when I disconnected my own feelings of self-defense from the scenario. And once I felt sorry for them, I actually forgave them. Further, I forgave myself for harboring all of these negative feelings towards these people for so many years. It had been a waste of time and energy. Now I was free!

THE SCIENCE OF FORGIVENESS

What I didn’t know was that this phenomena was being studied. I had heard of Masuro Emoto’s study of the effects of thoughts on physical matter (see info), and I was aware of studies on the so-called “placebo effect,” or the phenomena when someone believes a medicine will make them feel better when all they are taking is a sugar pill (see library of studies). But what I found out later is that Tamera Dawn Jenkins had done a 2012 study titled “Forgiveness as a healing agent in cases of traumatic violence” (see study). When you stop holding onto thoughts of revenge, retribution or “getting even,” your body stops releasing stress hormones that facilitate the disease state. One saying that I had heard during this time summed it all up. “Holding onto anger is like drinking poison and expecting the other person to die.”

I was finding out that more or less, “you are what you think.” You can think yourself into positive health with a positive belief system, and conversely, you can think yourself into disease through a life of despair and regret. In my situation, the illness itself caused me to despair, but when I experienced the amazing healing energy in Brazil, I remembered what complete health felt like.

The problem was, when I returned home and slid back into the lifestyle that had enabled the illness, some of my symptoms returned. I felt I needed to return to Brazil to “recharge.” I did and I got the results I expected, but months later the signs of illness returned when I didn’t do anything about my thought patterns and lifestyle.

It took one more visit to Brazil where someone asked me if I was planning to return every year to get recharged. This pushed a button in me. I didn’t want to have to depend on anything in my life, even the great healing energy in Brazil. This time, I worked on my own emotional issues during my healing pilgrimage instead of focusing so much on physical results. I realized that we are truly a combination of a mind, a body and a spirit and that I wouldn’t get complete healing if I only concentrated on one of them. So I focused on all three.

That was when the healing really stuck with me and I began to move on with my life. I stopped thinking of myself as a sick person or a Lyme patient. I was now a survivor and could work to help others avoid the mistakes I made.

It wasn’t a straight line from getting physically sick to coming to complete healing through forgiveness. It was a literal journey, and I realize even now that some people who are very much in their own focused physical mindset might read these words and think they are a lot of hot air. I would have thought the same thing 10 years ago. But as someone who has pushed through to the other side of healing, I will say that this is something you can start thinking about and tuning yourself towards now.

Complete healing works on all three levels of you… mind, body and spirit. And if you only focus on one aspect of yourself, you will get the corresponding results. On the other hand, I have witnessed so many “miracle healings” that I can't even count them. The common factor in all of them is that the people who experienced them were all positive, open-minded, full of gratitude and free of regrets. They were emotionally “debt-free” and had some form of spirituality involved in their complete healing. And the ones who had the most dramatic results… mainly cancer patients who were considered terminally ill… had all used forgiveness to unlock their healing.