After graduating with an English degree from the University of Delaware, Kirk has been a writer most of his adult life, parlaying that skill into several careers but ultimately landing as a published author. 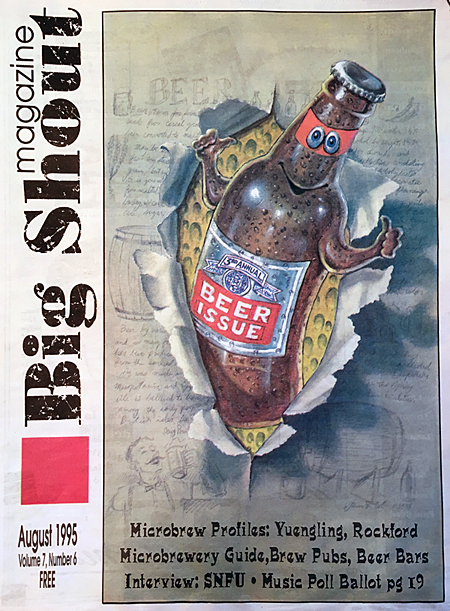 I n 1989, Kirk co-founded Big Shout Magazine, a monthly entertainment tabloid that covered the arts and entertainment happenings in the Delaware Valley from Philadelphia to the Delaware beaches. While acting as Executive Editor, he founded the Delaware Valley Music Poll Awards (a Grammy-like music poll culminating in an awards ceremony in Philadelphia from 1991 to 1994) and the Taste of Wilmington Festival (an outdoor food and music festival with a yearly attendance of 4,000 to 6,000 people). While there he served as Publisher, Executive Editor, Head Photographer, and Lead Graphic Designer. He sold that publication in 1996.

Prior to this, Kirk spent five years at the Delaware beaches writing for entertainment publications such as the Beachcomber and Oceana magazines. He also served as a hard-news reporter at the Delaware Coast Press and Sussex Post. He eventually became the editor in chief at the Delmarva News for two years before departing and co-founding Big Shout Magazine.

From 1997 to 1999, Kirk oversaw, designed and maintained the digital content for the 80,000+ page Gannett news web site of the Wilmington News Journal. He helped the newspaper transition from print to digital copy for the first time in its 200+ year history at www.delawareonline.com.

In 2017, Kirk created and launched LymeKnowledge.com, an easy-to-understand web resource written by him and several Lyme patients to help broadcast the most accurate and up-to-date information on Lyme prevention, symptoms, diagnosis & treatments. He currently writes and edits the LymeWoke blog that features his thoughts and research on the latest issues and treatments for the disease. He also writes semi-regular, exclusive blogs on this website.

In 2018, Kirk published the book “The Gratitude Curve.” The memoir chronicles his healing struggles, lessons learned and road he took to recovery. Not simply a recounting of his conquest over a life-threatening affliction, the book focuses on the attitudes and hidden lessons that changed the trajectory of his life for the better. With a focus on the pandemic of Lyme disease, he dives into the unsettling details of his own symptoms, varied treatments (both failed and successful), and knowledge gained from his experiences. The book also makes a dramatic departure from the expected focus on physical treatments to the uncharted realms of spirituality and mystical healing and their very real impact on patients of chronic diseases.