If you are a Lyme Disease patient in the middle of progressing through the illness, you’ve probably been through a variation of the following scenario.

S ome time ago, you started experiencing a range of non-specific, hard-to-explain symptoms that caused you to seek help from your regular doctor. He or she put you through a battery of tests that didn’t reach any clear diagnosis, so you continued testing for years or even decades. At some point, almost by accident, you were diagnosed by a doctor who was more versed in Lyme Disease, and you heaved a sigh of relief. Now you knew what you’re dealing with, so now you could treat it and get it over with. The problem is, you’ve been on a range of treatments and your doctor only seems to be trained in antibiotics, pharmaceutical pain relievers and mood enhancers. Most of these things have only brought about short-term improvement or haven’t worked at all; and some of them have caused symptoms of their own. Your symptomology is either plateauing or getting worse, which is causing you to feel upset. Your doctor notices this and suggests you see a psychiatrist.

Now what do you do? 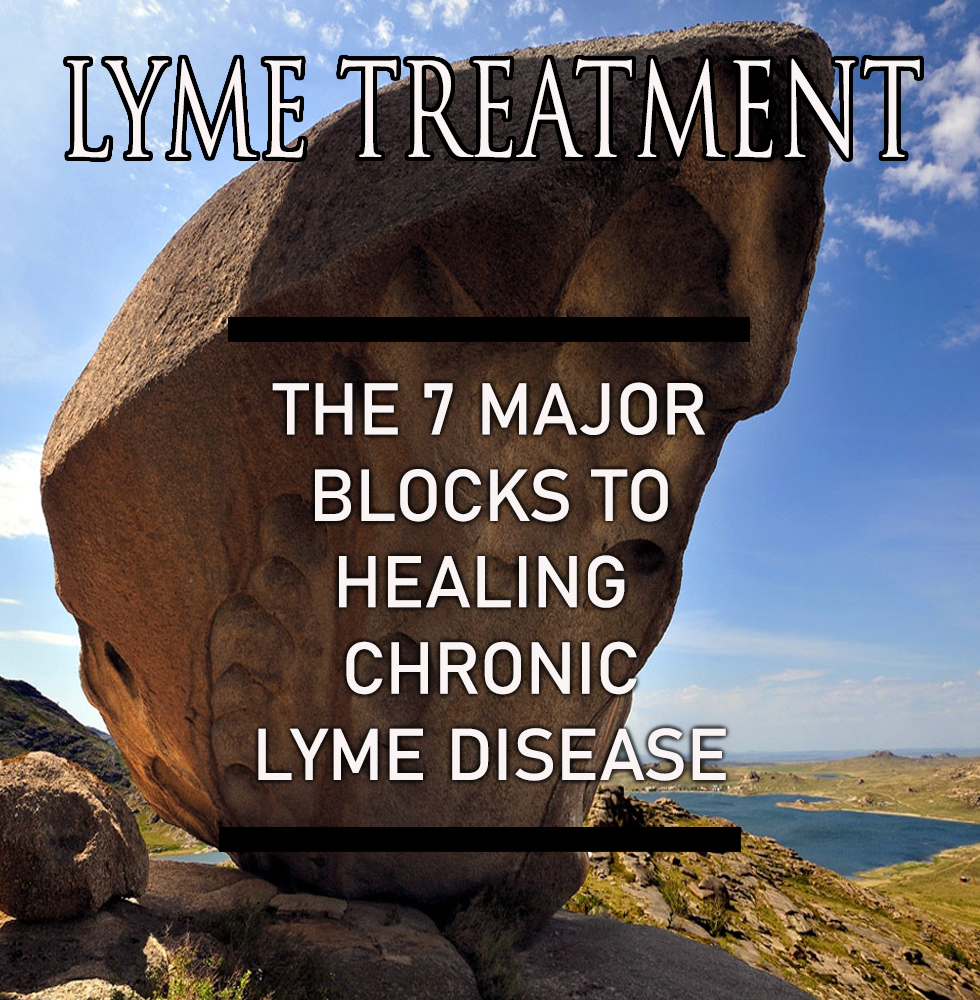 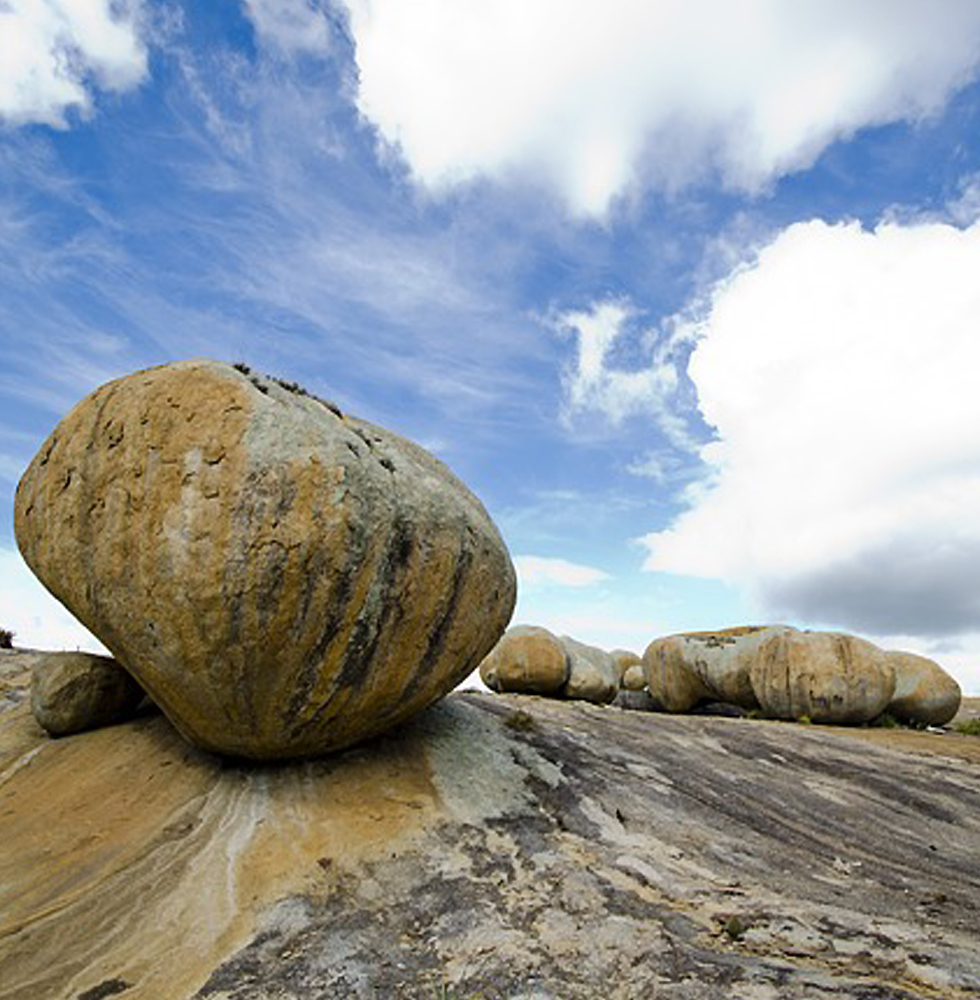 Instead of giving up, here are a few things to examine on your own to see if they may be causing a treatment block that can be removed to help you get to where you want to be. None of these should be taken lightly, and all of them will need to be dealt with before you can expect to experience any major improvement breakthroughs.

Most holistic practitioners understand that the following three forms of stress can not only cause disease in the body – they can also thoroughly block treatment improvement.

Physical stress: A powerful injury to the body, a concussion, or a trauma from a car accident or fall can cause a healthy person’s immune system to go offline until the injury is healed. If any of these things happen in the middle of treatment, they can block the effectiveness of the treatment until the injury has been addressed.

Chemical stress: Ingesting toxins from an unhealthy diet, being exposed to toxins like heavy metals, mold or rotten food, or being exposed to viral or bacterial infections can all cause disease, and they too can impair treatment if a patient is exposed in the middle of an illness.

Emotional stress: Intense stress at a job, the death of someone close to you, or disruptions in your finances can all impact someone so intensely that it can bring down the immune system. Remaining in a constant state of emotional distress, grief or panic will make it almost impossible to heal until the issues are addressed.

Medical scientists have been studying the effects a patient’s mindset can have on illness, treatment and recovery for a few hundred years. It can be one of the most overlooked and misunderstood factors in a patient’s wellness.

Placebo/Nocebo effect: Since the mid-18th century, western doctors began noticing a relationship between a patient’s mindset, expectations and beliefs regarding their treatment and the effectiveness of the treatment itself. It became a common practice for early doctors to prescribe sugar pills or innocuous substances for the patients they considered hypochondriacs for the purpose of mental relief. However, in the dawn of medical testing of new medicines, the medical community noticed the inexplicable occurrences of the control medicines (usually sugar pills) sometimes outperforming the drugs they were meant to test in double-blind studies. Since then, “the placebo effect” has been studied extensively (see studies) and its counterpart, the “nocebo effect” shows the power of patient mindset, especially on treatment results. Just as a patient’s confidence and positive feeling they have regarding a certain treatment can show a positive treatment outcome, a patient can block a treatment’s effectiveness (nocebo) by not feeling good about it or believing it will not help them.

Fight or Flight: When a patient remains in an agitated emotional state, (i.e. “fight or flight”) where anger or fear and anxiety are the prevailing emotions, not only does the effectiveness of treatment decline, but the body’s reaction to these emotions (i.e increased cortisol, reduced dopamine levels, etc.) can cause the overall health of the patient to deteriorate.

Analysis Paralysis: Another cognitive state that can cause treatment disruption is over-analysis of a treatment itself. Some patients spend so much time analyzing their treatment options that they never actually attempt a particular treatment because they continue second-guessing its effectiveness. Some patients never actually start treatment because they are concerned about herxheimer or die-off symptoms, or they have a limited budget and are worried about making the wrong choice of treatment. Some patients torpedo their treatment’s effectiveness by not giving it enough time to work because they are analyzing every symptom they have on an hourly basis. Other patients pay for expensive diagnostic tests to “see where they are” in their wellness and then discontinue their current protocol in favor of another they’ve never tried before. Patients should understand that treating Lyme disease effectively takes time and that even the most effective protocols with the best track records (i.e. Cowden & Buhner protocols) can take as much as six months of steady treatment before a patient notices significant improvement.

Expecting treatment improvement while ignoring toxin buildup caused from die off action is like continuously filling a balloon with air and not expecting it to burst. Toxins and inflammation-causing cytokines that are naturally released during the pathogen destruction that happens in most treatment can build up over time, lodge in a patient’s fat cells and tissue, and cause long-term symptoms even after a patient discontinues treatment. Special efforts need to be taken to remove these fat-soluble toxins (click here to read more about that), but if a patient is regularly detoxing during treatment, the buildup of long-term toxins can be avoided and the patient can stay on treatment with less discomfort.

However, some patients have genetic predispositions to detoxing difficulty. Patients diagnosed with the Methylenetetrahydrofolate reductase (MTHFR) gene mutation or patients identified as having Mast Cell Activation Syndrome (MCAS) can have a much more difficult time getting the smallest amount of toxins out of their body. Any kind of treatment can be difficult but is not impossible. Once the patient and practitioner understand the patient’s detoxing limitations, appropriate measure should be taken to mitigate treatment doses to a bare minimum, while applying aggressive detoxing methods that the patient has been proven to tolerate.

Most patients understand the importance of regulating their diet during treatment. What diet is optimal for what person can be peculiar to a person’s genetics and set of symptoms. However, certain foods can block treatment and bring about symptoms of their own. Refined sugar and dairy products in particular are both inflammation-causing, mucous-forming and have been proven to feed a variety of pathogens, most of which Lyme patients are attempting to eradicate. Processed foods that have artificial ingredients can cause symptom crashes, and processed grains like wheat, corn and soy can trigger further sensitivities. Alcohol consumption, even moderated to a single glass of beer or wine per day, can block certain treatments while promoting intestinal yeast.

Where the patient spends the majority of his/her time can have a large bearing on treatment success. Patients who live or work in moldy environments or buildings that emit chemical toxins or excess electro-magnetic frequencies (EMF), can suffer from extra symptoms and treatment plateaus. Similarly, patients who spend most of their time around hostile co-workers, relatives or significant others can suffer from similar symptoms. The remedy is to remove the patient from these situations before symptom improvement can be expected.

If you’re a Lyme patient who has plateaued or feels “stuck” in your treatment, well-known doctors like Dr. Lee Cowden and Dr. Jay Davidson point out that internal parasites can hinder your improvement and should be addressed before trying to move on in treatment. Intestinal parasites are one of the common culprits in creating symptoms and blocks during treatment, and they are much more widespread than most people realize. Patients who experience extended digestive distress, bouts of diarrhea or constipation, bloating after eating, stomach pain and discomfort, and strong fatigue directly after a meal should consider treating for parasites. Effective treatment should last at least three consecutive months and should include binders, enemas and ways to expel the parasite bodies, eggs and toxins they generate.

By now, you’ve probably begun to understand that getting diagnosed and treated successfully for Lyme disease is anything but a simple process. However, one of the biggest mistakes most doctors and patients make together is thinking that Lyme disease is a single-bacteria illness. The illness we’re calling “Lyme Disease” today is a multi-pathogenic, mutagenic, full-system infection that has not been successfully treated with a single drug or standard protocol. Many doctors make the mistake of treating the illness as an acute infection vs. a chronic one.

Sympathetic physicians and patients are finding that the treatment combinations that work effectively tend to be customized to the patient and his/her set of symptoms and co-infections. It is important that a patient realizes that the scenario they’ve experienced in the past of diagnosis/treatment/cure for acute illnesses will not be the same straight line with chronic Lyme. Further confusing is the fact that because antibiotics are prescribed and proven effective in treating early-onset Lyme, many physicians prescribe antibiotics-only treatments to their chronic Lyme patients. These patients may experience some early symptom relief, but many cannot tolerate antibiotics alone or find that they need to continue treatment when their symptoms return weeks, months or years later. The patients who are reportedly reaching complete healing move to all-natural and herbal remedies to remove the pathogens with a combination of detoxifiers that allow them to eliminate toxins from their system.

Your role in treatment: Because of the above, it is important a patient understands his/her role in reaching remission. Expecting a doctor to call all the shots to take you over the finish line will usually end in failure. Most doctors are not effectively trained to treat Lyme disease, and unfortunately, many more don’t even believe chronic Lyme Disease exists. Becoming your own health advocate and even physician tends to work better for every patient. Nobody knows your symptoms and body better than you, so it’s much better for your treatment success if you’re actively involved and calling many of the shots.