Back in 2007, I was in the first phase of my Lyme treatment struggle. I had been on straight antibiotics and pharmaceuticals for two years and I was beginning to feel these treatments were causing me more harm than good. I experienced a CDIFF infection from a PICC line treatment, and I found that certain oral antibiotics either made me suicidal (minocycline) or started causing tendon damage, muscle twitching and heart palpitations (Levaquin and Azythromycin). None of my doctors recommended any detox tips when I complained of herxing and these ancillary symptoms, but I had an intuitive feeling that I needed to do something to get these toxins and cytokines out of me. Thank god for intuition!

I stumbled across information about the Gerson Institute and their well-known Gerson Therapy that had been developed for those suffering from cancer and chronic illnesses. While their juicing and dietary restrictions didn’t resonate with me, Dr. Max Gerson’s research on coffee enemas intrigued me a great deal. Apparently, during World War I, he was stationed in Europe in a medical unit that treated victims of the frontlines. Gerson and the staff were using enemas to treat their patients, and when they ran out of clean water one day, the unit began using coffee as an alternative measure. Within days, the medical staff began noticing increased improvement in their patients. There was a clear difference between water enemas and coffee enemas, so Dr. Gerson studied what exactly was taking place. 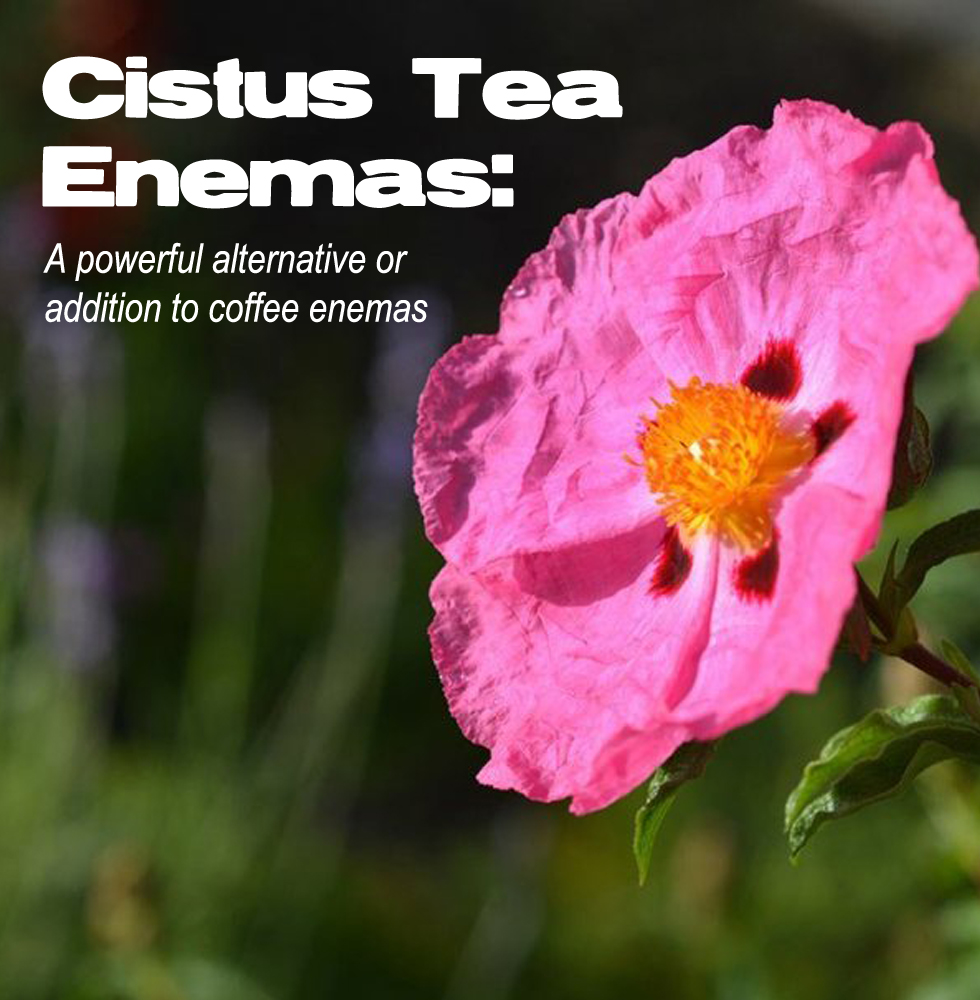 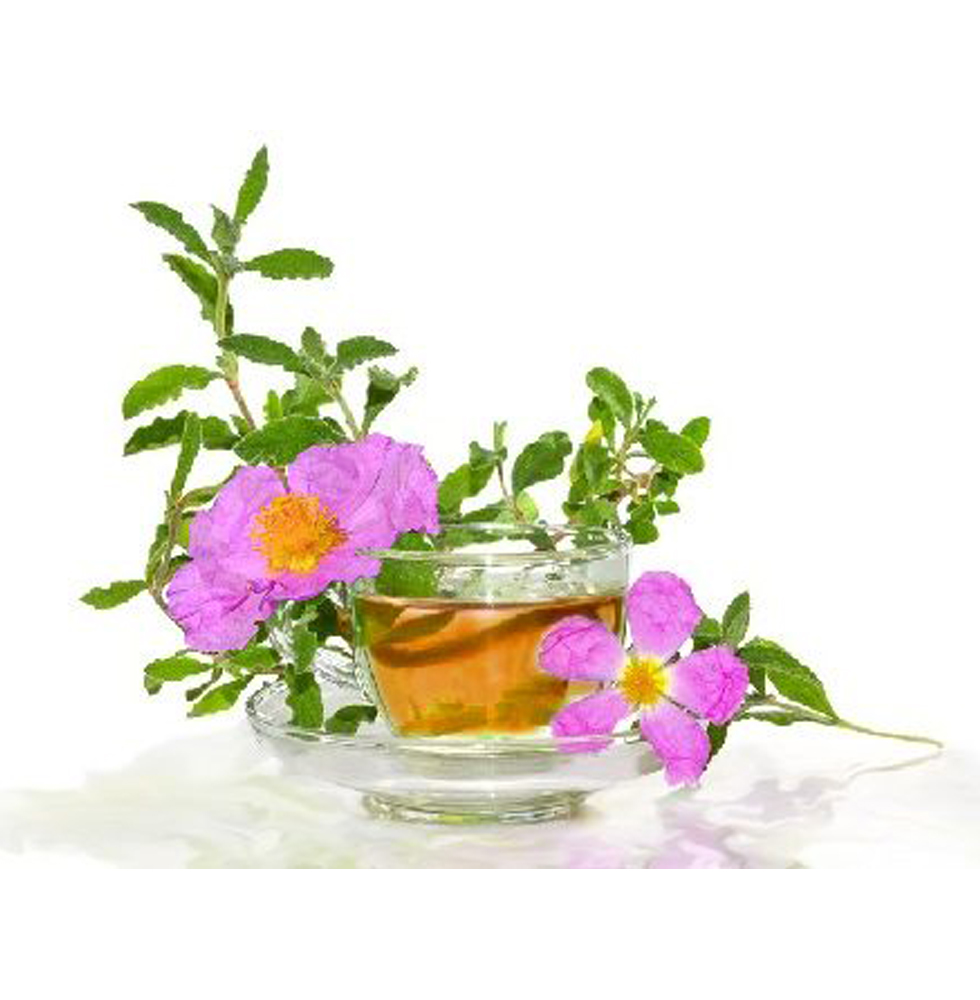 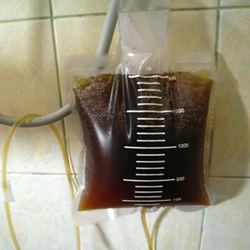 According to Gerson's research, coffee enemas stimulate the body into generating glutathione, and if a patient holds the coffee in the colon for 12-15 minutes, the body’s entire blood supply passes through the liver 4-5 times, carrying poisons picked up from the tissues. In this way, a coffee enema acts as a form of dialysis of the blood across the gut wall. So not only does the enema clear out toxic debris from the intestines, but it activates the liver for further detoxing and also acts as a blood cleanser.

This sounded interesting to me, so I bought an enema apparatus, some freshly-ground organic coffee from my local grocery store, and I brewed 4 cups of coffee and mixed it with cool spring water to create about a half-gallon solution. I didn’t tell a soul I was doing this. To make sure I didn’t have an accident after I allowed the solution to flow in with the enema kit, I laid down in my bathtub to make sure there were no disasters.

After 12 minutes, and a great amount of will power, I sat back on the toilet and released everything. It took about 10 minutes for it all to come out. A few times I got up to leave, but more solution drained through my intestines that I needed to release.

The results were the most amazing detox I’ve ever experienced. Depression that had hovered over my waking thoughts almost entirely evaporated. My vision changed. Colors were brighter and I felt more mentally clear. I actually felt lighter in my gut, and I realized that the feelings of hopelessness and low-grade depression I had felt for years of treatment were a direct result of the cytokines and toxins that were hanging around in my body. I began doing coffee enemas almost every day and never looked back. It wasn’t until about 10 years later when everyone else in the Lyme groups began talking about them that I finally came out of the closet about their effectiveness.

In 2017, I opened a Lyme Recovery Clinic in Connecticut and began recommending coffee enemas to the patients I began coaching. We used them so frequently in a detox regimen that I developed for patients that some began to jokingly refer to them as Reverse Lattes. However, I found that a number of patients were either allergic to coffee or sensitive to caffeine. And some had such high anxiety that the small amount of caffeine “lift” you get from the enema raised their anxiety to an uncomfortable level. I began offering suggestions of baking soda and sea salt enemas as an alternative, but I wanted something that had the same power as coffee enemas. 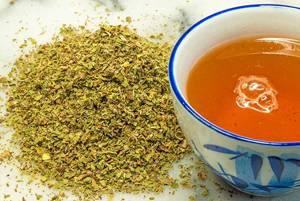 A year later, a patient introduced me to Cistus tea(Cistus Incanus), and after I tried it myself, I immediately began adding it my patients’ treatments to address intestinal yeast, UTIs, mold, biofilms and inflammation. By that summer, I began adding 1-2 cups of it to my own coffee enemas, and it had a dramatic effect in helping me treat intestinal parasites. Soon after, I speculated that since Cistus tea was so effective in treating yeast, mold and biofilms at the top of the intestinal tract through drinking it, it should also have a positive effect in the lower bowel as well.

It then dawned on me that Cistus tea by itself might prove to be a great alternative to coffee for patients who can’t tolerate coffee in their enemas. After working with a handful of patients to get them started on it, these patients reported vast symptom improvements, intestinal cleansing, parasite eradication and lessened inflammation as a result of doing regular Cistus tea enemas.

While a Cistus tea enema does not have the exact same effects as coffee enemas -- such as opening bile ducts in the liver and helping the body to generate glutathione -- it does have as many positive effects to make it a good replacement for coffee enemas.

Benefits of a Cistus Tea enema:

Step one: Purchase a sturdy and reliable enema kit that is free from BPA (cancer-causing substances present in some plastics). Here’s an inexpensive kit I recommend.

Step Two: Brew some tea. I recommend using a glass tea kettle or stainless steel sauce pan (try not to use aluminum equipment because impurities can leech into the enema solution). Heat 3-4 cups of spring water to a boil.

Step Three: Brew at least 3 cups of tea individually, using the same tea diffuser or tea bag. According to Dr. Dietrich Klinghardt who has studied the tea, certain polyphenols and micronutrients are released from the Cistus tea leaves upon multiple brewing of the same leaves. In other words, if you brew the same batch 3 times, it will continue to unlock the good stuff, so you’ll only need one tea bag or one tea diffuser to make one enema. In order to do this, brew each cup individually, steeping for at least 5 minutes and until the color of the tea is deep amber or light brown. Then pour it into your glass holding container that should already be half filled with cool spring water. Warning, if you pour boiling water into an empty glass container, it may cause it to shatter. 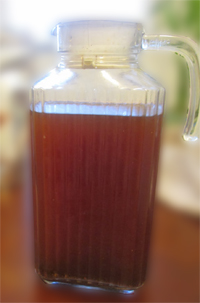 Step Four: Fill your glass holding container with at least 3 cups of Cistus Tea and a good amount of cool spring water to almost fully fill the half gallon container. Close the stopper tube of your enema kit and pour the entire solution in the holding bag of the kit. Hang your kit using the metal hook onto a shower curtain rod or sturdy hook that is over your head, preferably in your bathroom. You can lubricate the applicator end of your enema tube with some coconut or mineral oil, slide it in place and open the valve to let the solution flow into you. If this is your first time, you may want to do this while lying down in your bathtub to make any accidents less drastic.

Step Five: Once the enema kit holding bag is empty, close the stopper valve and lie down for at least 10 minutes. This is a good time to do some meditating or relaxing while the solution moves around your intestinal tract and does its thing.

Step Six: After at least 10 minutes, sit on the toilet and release everything. You may notice that your bowel movement is loose and diarrhea-like. This is normal. You may also notice things that might look like worms or parasites in your stool, and if that’s the case, you may want to adjust this solution to include a parasite-fighting agent (see recipe below). Make sure you get all of the solution out. If you don’t, it may actually cause a mild herx reaction and the way to fight this it to immediately follow up this enema with a water enema if you start to have a headache or bad feeling in your stomach immediately following the Cistus tea enema. It will get easier over time and overall symptoms will start to reduce as well. It is perfectly healthy to do one of these a day if you have a large amount of toxin build up from treatments you may be employing. 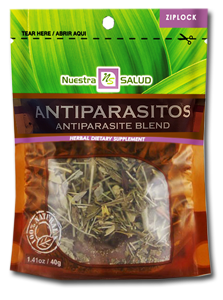