When treating Lyme disease, many patients, doctors and practitioners look to traditional vitamin supplements and herbal supports to aid in their healing journey. But ancient Greek and Asian cultures have been using medicinal mushrooms for literally thousands of years and Lyme patients and doctors are just now getting on board with their powerful medicinal properties that rival the most popular pharmaceutical and herbal remedies.

W hile all of these mushrooms might seem “magical,” none in this collection are of the variety that cause strong hallucinations or distorted reality. However, the mushrooms mentioned below can curb inflammation, support nervous system repair, shrink cancer cells, and fight viruses & bacteria. We would also like to note that we intentionally left off Turkey Tail and Maitake mushrooms. Both of those varieties have strong anti-cancer properties but were not as helpful to the average Lyme patient as these following mushrooms... 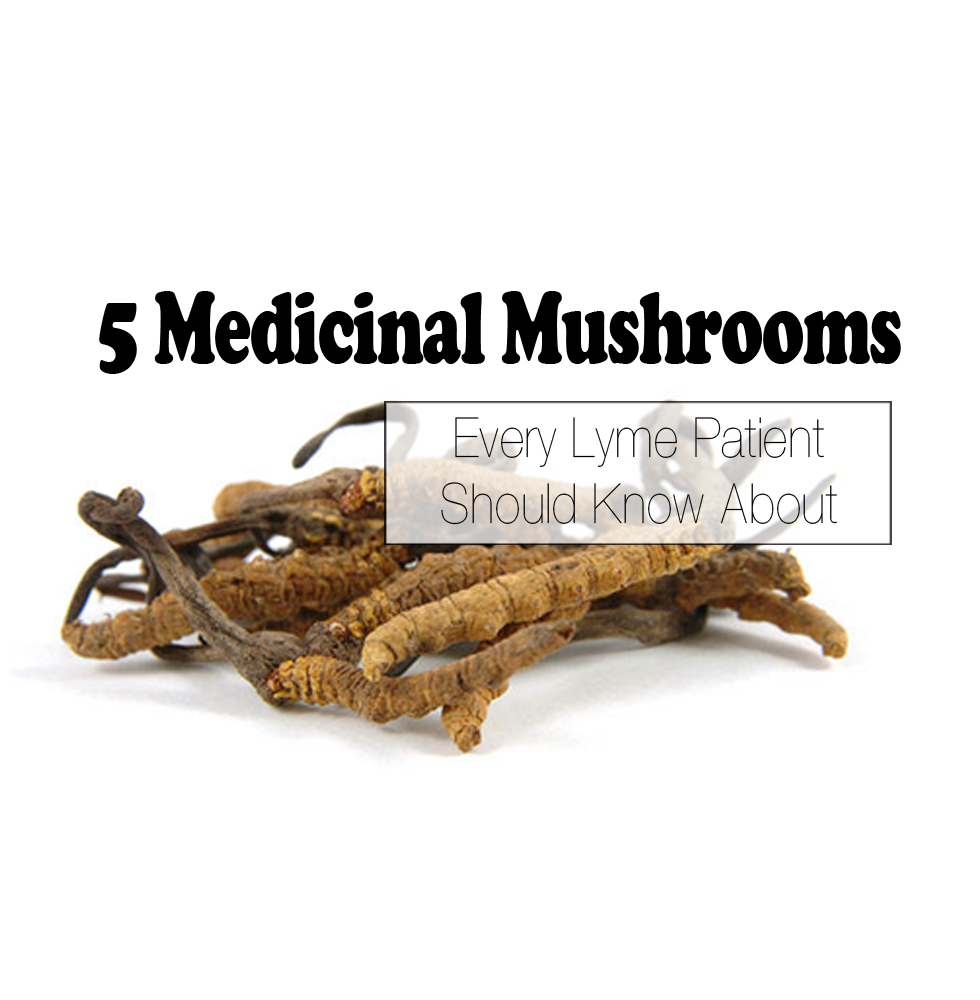 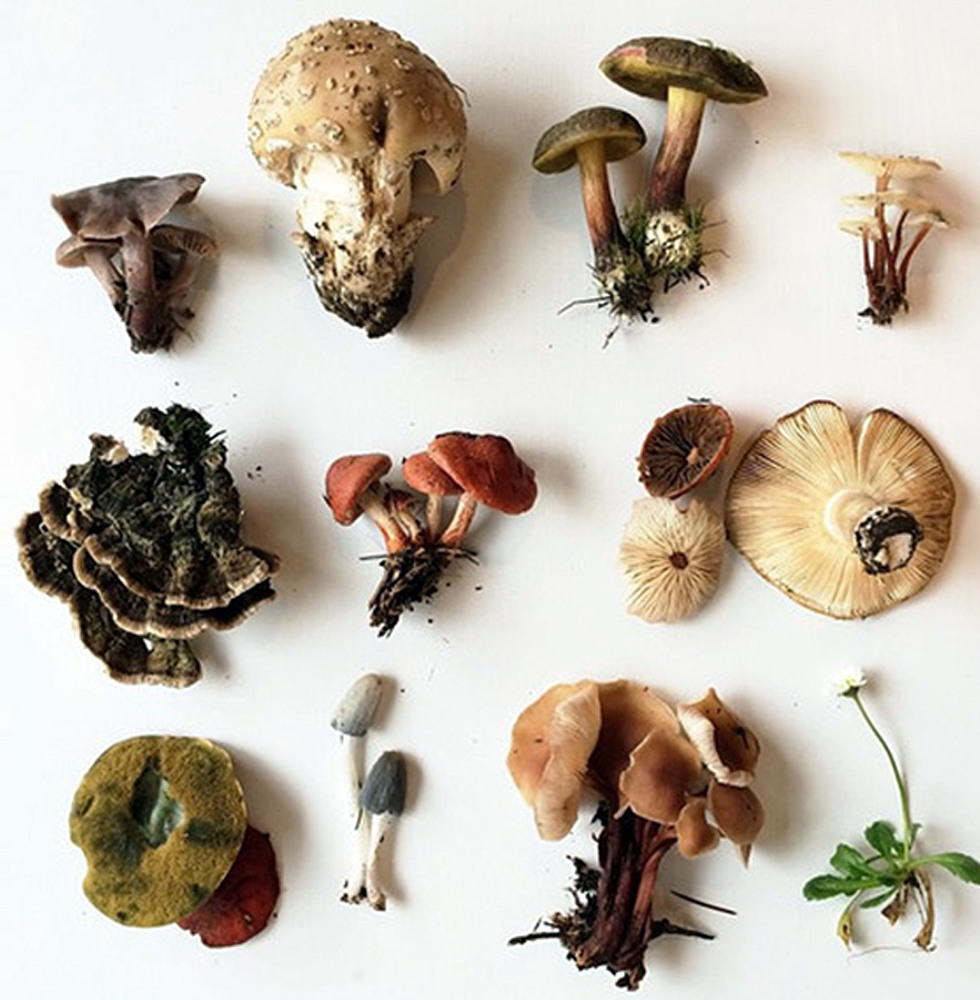 CHAGA: Chaga is a mushroom that has been used by ancient cultures for thousands of years and given a reverent nickname, “Gift from God.” Chaga’s tough texture is similar to wood, with a dark black outer layer and a golden-brown interior. It is usually found co-existing with birch trees in some of the harshest and coldest climates in the world — including the northern U.S., Canada, Scandinavia and Russia. It not only survives in these climates, but it strengthens itself and its host tree in the process.

The health benefits of Chaga are almost endless, but perhaps its most impressive abilities are as an actual cancer treatment (see Sloan Kettering info). It is well known to curb cancer growth (see study) and can be used as an adaptogen tonic much like Reishi, but it is perhaps more effective. CORDYCEPS: Cordyceps mushrooms have been used for centuries as a tonic herb in both Chinese and Tibetan medicine. It grows at high-altitudes of over 3,800 meters above sea level in the Himalayan Mountains where it was first noticed by Yak farmers who couldn’t ignore the health benefits their livestock were enjoying when consuming the plants.

Well known Lyme doctors, Dr. Stephen Buhner and Dr. Qingcai Zhang both use Cordyceps in their protocols because of its Natural Killer Cell function (see study), it's immune boosting properties, and its anti-inflammatory abilities (see study).

Best ways to consume it: By tincture LION’S MANE: Lion’s mane mushrooms grow on broad-leaf hardwood trees in temperate areas of North America, Europe, and Asia, and they get their name from their waterfall-like flowing tendrils, which has led to other nicknames like "Bearded Tooth" and the "Pom Pom Mushroom."

Like other medicinal mushrooms, Lion's Mane are excellent for the immune system, but what sets them apart is their health benefits for the brain and nervous system. They have been shown to improve cognition and concentration, and to reduce depression and anxiety (see study). Lion's Mane also has compounds that stimulate the production of Nerve Growth Factor (NGF). NGF is a valuable tool in helping patients with nerve damage, which is a concern of many Lyme patients. Lion's Mane can indirectly stimulate the production of NGF without having to pass through the blood-brain barrier to do so.

And finally, Lion's Mane protects the network of connections that nerves use to send signals throughout the body. These can be compromised in Lyme patients and Lion’s Mane is known to promote the growth of this insulation called myelin (see study).

Best ways to consume it: Must be consumed by tincture to receive full benefits. REISHI: The Reishi mushroom has been used by physicians for thousands of years in China, where it was nicknamed the “Mushroom of Immortality” because of its effectiveness at preventing illness and curing disease. Initially it was only available to the ruling class in the Orient, but more recently Reishi mushrooms are widely available and are one of the most studied natural medicines on the market.

Reishi is what is known in Chinese medicine as a tonic, meaning it is recommended for it to be consumed regularly and in high quantities to achieve its beneficial effects. Reishi also falls into the category of adaptogen herbs because of its ability to help the body adapt to and blunt the negative effects of stressors like anxiety, fatigue, trauma and emotional distress.

Its most impressive feature may be its ability to curb cancer growth. In a 2013 study, Reishi mushrooms were found to shrink aggressive breast cancer cells in vitro and in vivo by 50% (see study).

Reishi has also been found to have anti-viral, anti-inflammatory and anti-bacterial properties (see study). SHIITAKE: Found growing wild in the mountainous regions of China, Japan, Indonesia, and Taiwan, the Shiitake is the second most-widely cultivated mushroom in the world and is commonly used in many Asian restaurants. The Chinese were the first to cultivate this mildly-fragrant mushroom more than six hundred years ago, and its medicinal properties have also been known for centuries.

Shiitakes are heart-healthy because they can lower cholesterol (see study) and decrease the tendency of blood platelets to stick together (see study). Like all medicinal mushrooms, they can help prevent cancer formation (see study), even going so far as to stimulate cancer cells to destroy themselves (see study).

Important to Lyme patients, Shiitakes show an ability to stimulate the immune system (see study), as well as showing strong anti-viral properties (see study). They can even destroy the microbes that cause tooth decay (see study).

Best ways to consume it: Fresh in cooking or by tincture